A Dream Fulfilled at KubeCon NA

Est. reading time:
4 min
The dream of having Kubefirst on the KubeCon floor came to its actualization, as our newly acquired project and freshly built team at Kubeshop traveled to meet in Detroit at KubeCon. 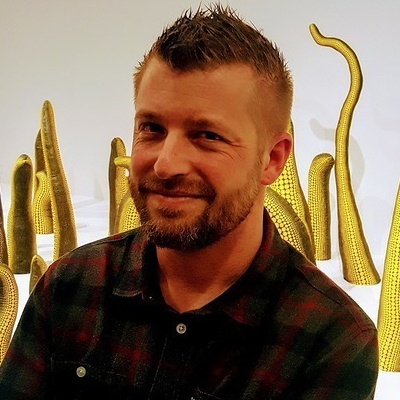 Thank you! Your submission has been received!
Oops! Something went wrong while submitting the form.
Get the blog direct to your inbox 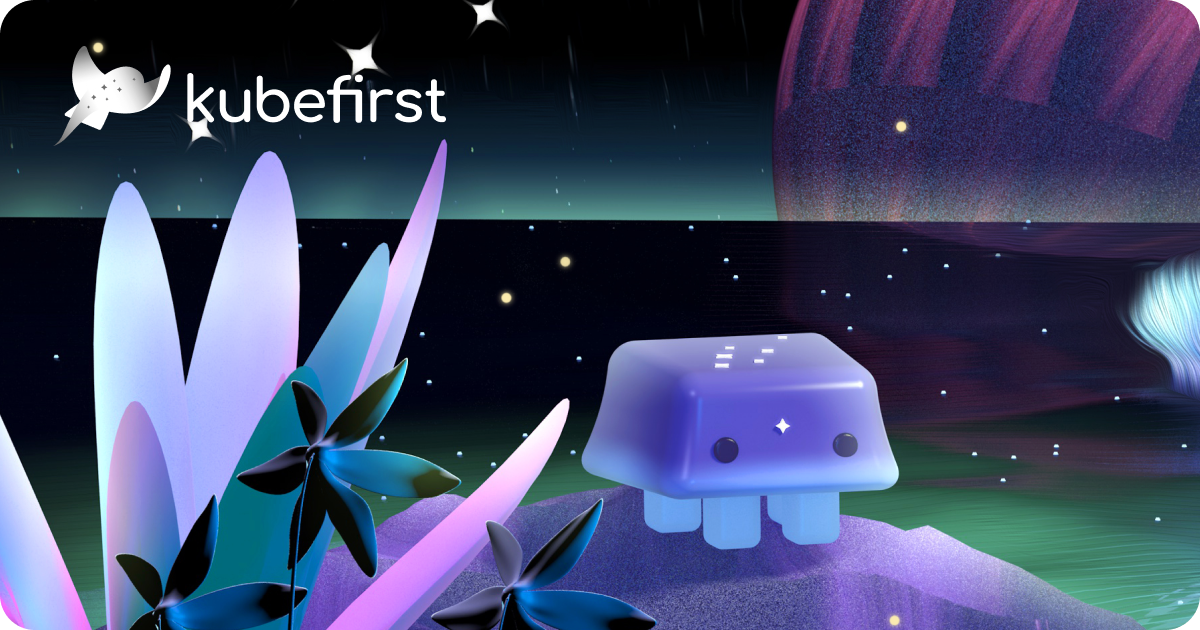 My buddy Jared and I started kubefirst because cloud native platforms take too long to build from scratch. Well, as it turns out, solving that problem also takes a long time - it took us years to mature our instant cloud native platform to the point where we could build a team around it to see the vision through. Over the course of those years, you could pretty regularly find Jared and me on a zoom late at night, waiting for some cloud resources to provision, often killing that time daydreaming about what it would be like to have our platform on the KubeCon floor. Last week, that daydream was realized as our newly acquired project and freshly built team at Kubeshop traveled to KubeCon + CloudNativeCon NA in Detroit.

# Let's hear it for the sponsors!

We hadn't been at KubeCon more than 30 seconds before we discovered our brand on display and both of our hearts exploded. If you've been working on your project for a long time and share the dream of seeing your logo on a KubeCon wall - **YOU MUST KEEP GOING!!**

Walking around before the show felt a lot like Media Day before the Super Bowl. There was a lot of big energy and anticipation, everyone pushing boxes around with purpose, but it was coupled with a fun show-business kind of vibe. Our sponsor badges afforded us a peek behind the ropes and it was super cool to soak it in first hand. The keynote stage was being set up and all I could do was stare at its absolute enormity with a "some day" pinned to my heart.

We had Monday and Tuesday to get the booth set up and organized. As technical founders we interpreted that to mean that we absolutely had 2 extra days to work on the product. We were almost finished with a new release that would make the installation of kubefirst [completely free and 6x faster](https://kubefirst.io/blog/kubefirst-v110-release-notes) so we were pretty incentivized to wrap it up.

We had originally planned to set up our booth and then head over to GitOpsCon on Tuesday, but with the release unfinished we ended up working through the event and into the night. It was a really tough call to miss GitOpsCon, but we're really glad we pressed on. We needed every last second and ended up wrapping up the release at 1am on the morning that KubeCon opened its doors to our booth. It was such a big team effort to pull off too - we were so excited that we got kubefirst local out the door in time for the big show!!!

Wednesday - at long last our time to show our product to the cloud native world was here!! Walking into the room was the coolest experience ever. When you love kubernetes like I do, the booths instantly turn into physical manifestations of kubernetes namespaces, which is a pretty surreal experience in real life. Walking through KubeCon is oddly like walking through a kubernetes cluster - nginx, cert-manager, hashicorp, linkerd, argo, crossplane - they're all right there - each in their own tidy confined little space.

When I got to our booth I found Jared adding some finishing decorative touches to our namespace. These amazing kubeshop plushies got a lot of attention and were a really fun way to kickstart conversations.

We got our first reps in on our product pitch: we're sick of cloud native taking forever to start from scratch, we built a free thing that puts free things together so that the problem goes away. Folks that stopped by our booth loved our vision, our passion for solving the problem, our energy, our relentle-- **omg is that Kelsey Hightower?!?!? IT IS KELSEY HIGHTOWER!!!**

# Meeting some of the great folks in the space

My first star-struck moment came from a handshake with Kelsey Hightower and the conversation that followed. Kelsey was giving some of his time for a book signing just a few booths away from ours, and we couldn't possibly miss the opportunity to meet him in person. Kelsey has given so much over the past half decade to demystifying and simplifying the message of complex technologies - and Jared and I, along with the rest of the kubernetes community, have greatly benefited from his anecdotes.

When we told him our kubefirst story - that after 3 years we had finally made it to our first KubeCon - he offered to put the book line on hold for a quick moment, so we could jog over to our booth for a photo with the Kubeshop family that helped make it happen. Uh – yeah, Kelsey, that sounds pretty freaking amazing actually!!

I'm the guy who looks like he just met his childhood hero 😅. Don't zoom in, it's sort of embarrassing. We jogged back to his book signing line and he continued to offer us helpful ways for us to stay in touch, and how he might be able to help our project, and on and on and on, as if we didn't totally just hold up his line. It was like we were the only people in the world for a moment. It was seriously beyond words - despite thinking I knew how genuine and decent he was from his stories, my expectations still fell short of reality. What a guy.

Maybe 1 hour later, who did I run into but Pinky Ravi from Weaveworks!! I met Scott Rigby the next day too - what an awesome duo these two were. We knew them from their talks, obviously, but also from the [OpenGitOps](https://opengitops.dev/) group meetings that we've been attending since joining Kubeshop. They gave us their time to listen to our vision for the kubefirst platform and now we're even talking about how we might offer a second GitOps driver option with Flux CD on the kubefirst platform - how exciting that would be!!!

We had so many great conversations and met so many amazing people throughout the week, so many new opportunities to partner on initiatives. If networking in the kubernetes space is a goal of yours there really is nothing quite like KubeCon.

# Pitching on the floor is admittedly a little exhausting

Turns out pitching your product feels a lot like being on stage giving a talk. I've given some long talks in my day and I'm a pretty social person. I've always wondered how long I could be up there. Turns out for me it's exactly 8.5 hours - after that I was immediately ready to crawl under a rock and hide for the rest of my life.

But the pitching was great and we loved getting so much immediate feedback on our platform from so many different people in different environments with different needs. That amount of valuable feedback in that short amount of time would have been impossible to collect any other way.

# There's some room for fun at KubeCon too

There is indeed some time in the evenings where you can take a breath and enjoy the event a little - especially if you're not cramming in a release at the last minute. Kubeshop is a global and geographically distributed team so it was especially neat to take a breath with our work family and soak in the moment we had all worked so hard to achieve.

# Never give up - it's soooo worth it

If you're working on a passion project, especially a self-funded one, it can be hard to keep going. Nights and weekends aren't easy to add to your workload. Cloud bills can pile up. I hope no matter what your passion is, you'll get across your first finish line and make it to an event like KubeCon. The satisfaction of turning your passion into a product that's respected by the most amazing peers on the planet is something few get to experience, but I bet it only happens when you refuse to give up.

Thanks for reading about our dream come true moment. It didn't happen because we're geniuses. We're here because of countless strangers who were willing to listen to our story, hear about our product, and help us find our way. If I can ever pay it forward and give you my thoughts on your passion project, I hope you'll consider me an ally and reach out. I'm pretty easy to find on [Linkedin](https://www.linkedin.com/in/jd-k8s/) and [Twitter](https://twitter.com/vitamindietz). 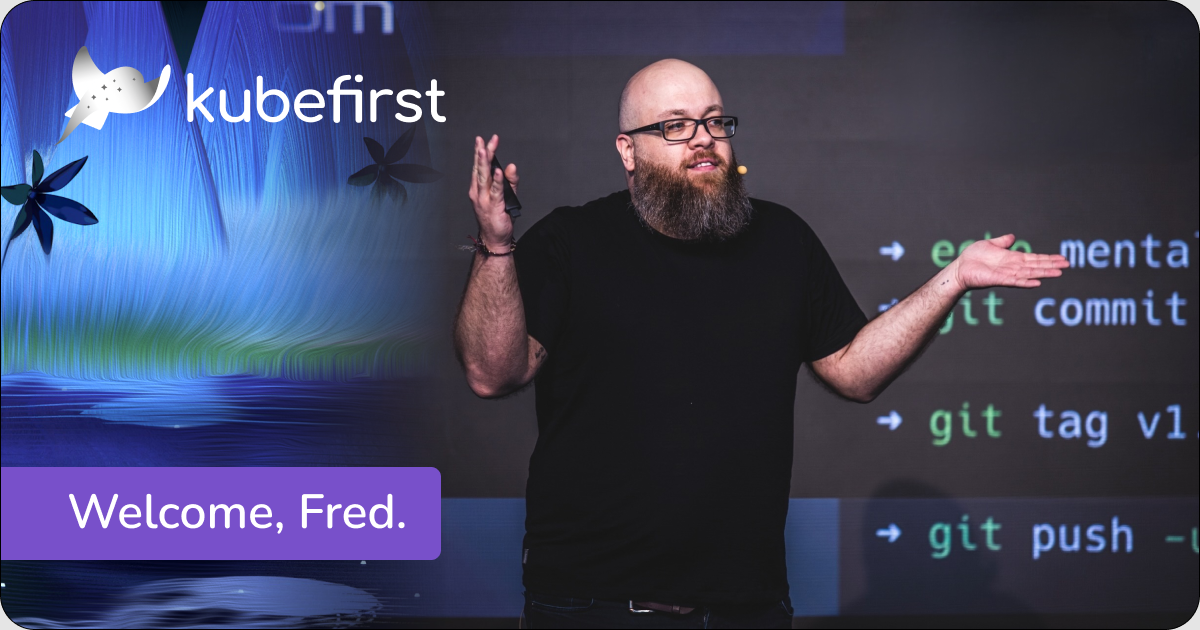 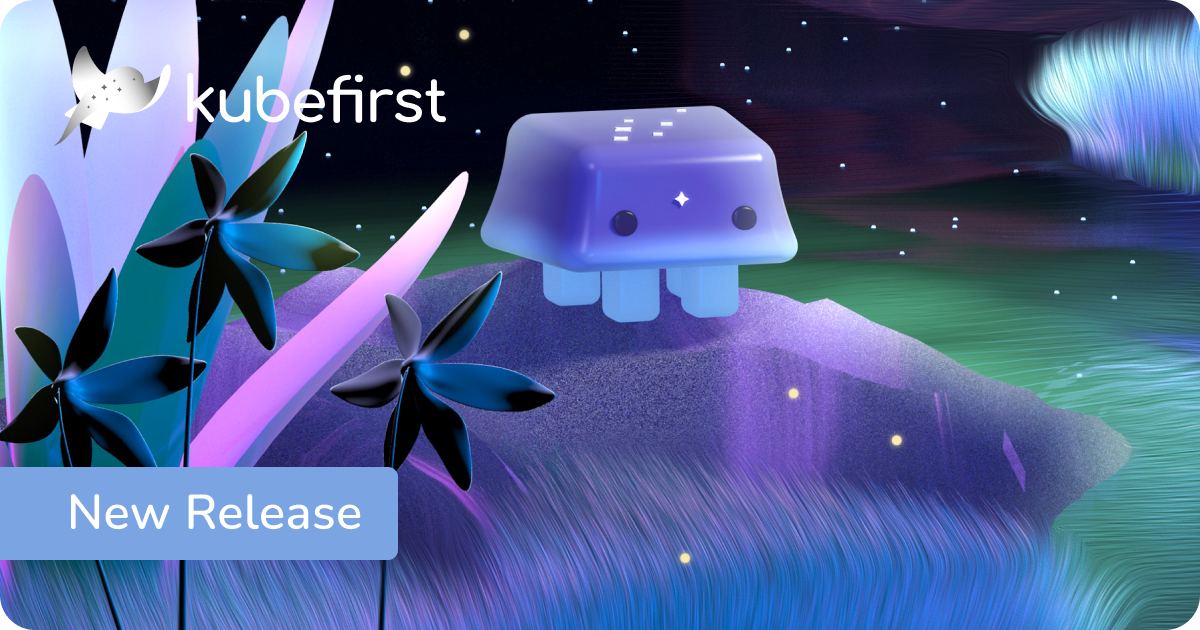 ​​With kubefirst local, you can explore some of the best parts of Kubefirst running for free on a local k3d cluster in less than 5 minutes - without any cloud costs or domain prerequisites. 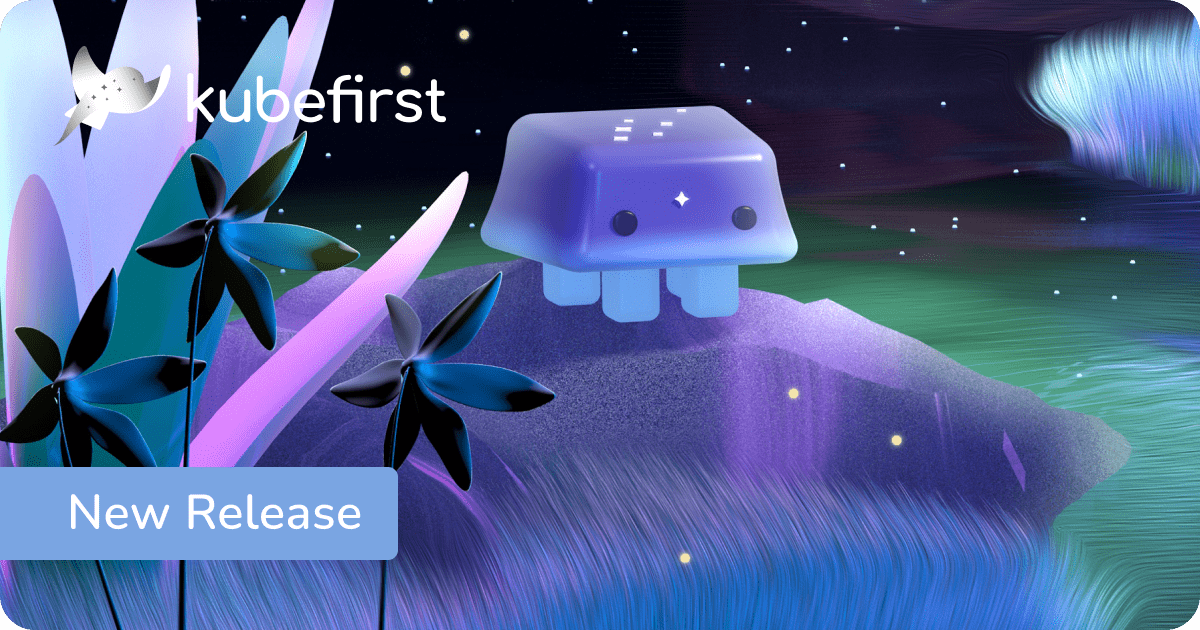 Stay in the Loop

Thank you! Your submission has been received!
Oops! Something went wrong while submitting the form.

Or join the Kubeshop Community in one of these channels